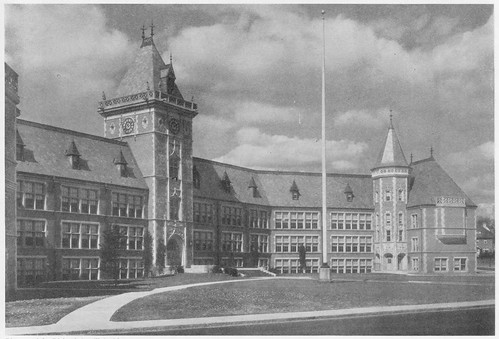 Additional photographs can be found at my Flickr page.
This entry was posted in Architecture, Diary and tagged New Rochelle, New York, school. Bookmark the permalink.

61 Responses to The Ghost of New Rochelle High School